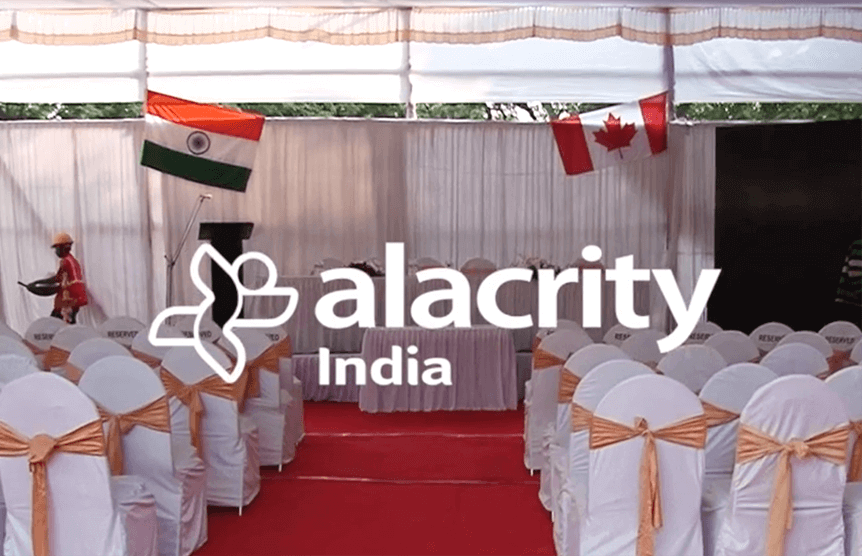 On November 17th, 2017, Alacrity India partners Gireendra Kasmalkar and Mike Manson hosted a groundbreaking ceremony to kick off the construction of the Alacrity India Incubator building in Pune, India. The ceremony attracted numerous local tech CEO’s, dignitaries from the Pune community, friends and family, as well as profound support from the Government of Canada.

The Honourable Navdeep Singh Bains, Minister of Innovation, Science & Economic Development attended the ceremony alongside Jordan Reeves, Consul General of Canada in Mumbai. Both expressed their excitement for the project to begin, and their desire for the building to represent a strengthening of ties between Canada’s innovative ecosystem and India’s entrepreneurship and vast market.

The building will be 32,000sq ft and will house roughly 250 desks that will be used for Alacrity India Incubator companies and Ideas to Impacts staff. Construction is expected to be completed by 2019.

How to prepare your tech startup for an exit

Creating a startup and exiting for a big payout is a romantic story told again and again by the internet, media, and forgetful former-founders. In…

The marketing technology (martech) space has been growing at a ferocious rate year after year, and 2018 is no different. The “Martech 5000” - a…